What is the resting potential for a neuron?

Resting membrane potential is negative due to:
1. presece of large number of positive Na ions towards outside of membrane
2. presence of smaller number of positive K ions towards inside of membrane
3. zwitterionic protein molecules of cytoplasm behave as negative ions in presence of highly charged K
4. Na-K ion pump continuously pumps out three sodium ions while only two potassium ions are taken inside the cell. 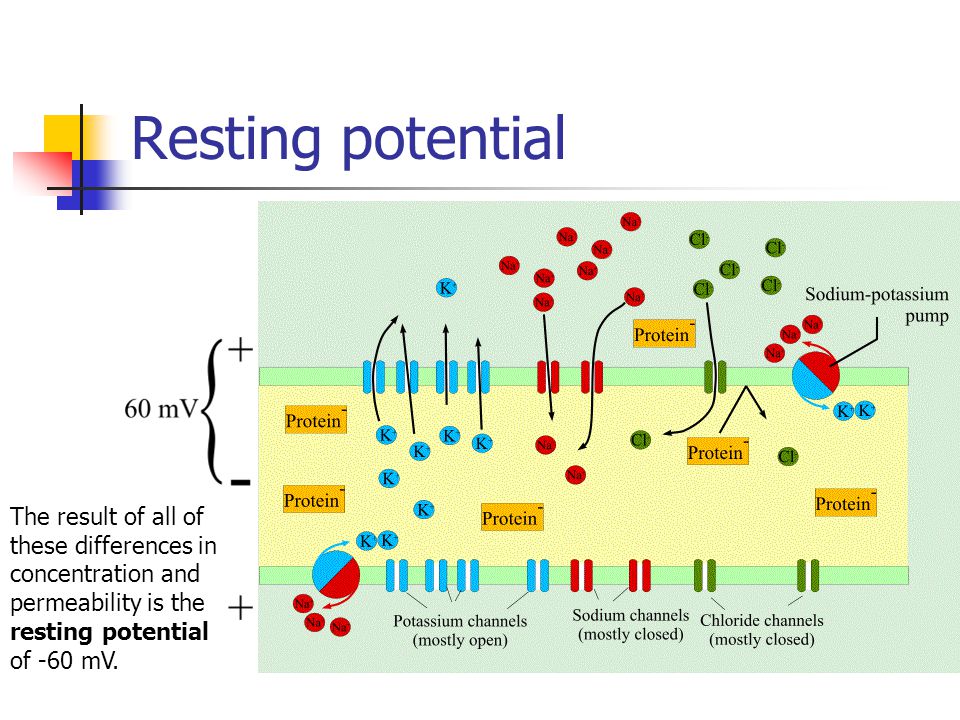 When there is a change in immediate external or internal environment of the body, it acts as stimulus for neuron. Sodium channels open up to allow diffusion of Na inside stimulated area, thereby depolarisation of membrane takes place.